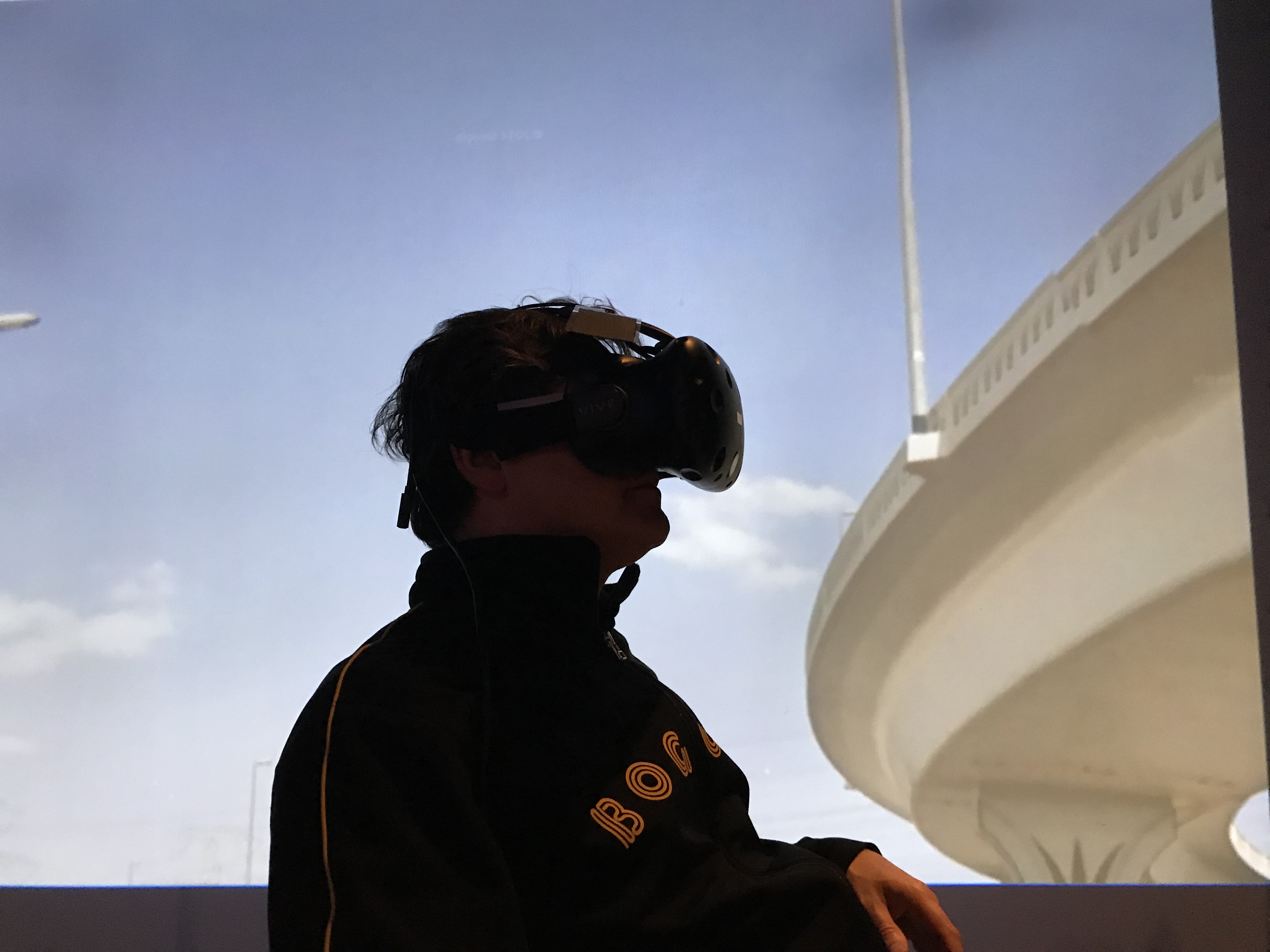 “Mapping_me“, the title of this artistic research project is inspired by many questions: can archives constitute a conceptual map, a personality? Is the mapping of place through a particular viewpoint a form of self-portrait, a selfie? Are we not, through self-archiving processes, mapping not only the real but also the individual? This Work in Progress (WIP) is currently at the stage of its second iteration. The project Mapping_me consists of a multi-User virtual reality installation allowing the Users to navigate within spatialized and geolocalized visual and sound archives using an innovative tangible interface. Specifically, the installation consists of an augmented rotating chair as a physical interface to navigate through a metaverse of digital content incorporating photographs, panoramas, texts, sounds and photos-videos in Fulldome format. The system structure allows one to quickly integrate new content into the virtual environment. The tools developed allows to generate media footprints of places and spaces diffused within a shared space in a virtual reality context. The installation makes it possible to represent not only the spaces and places but also to transpose the urban and human atmospheres thus making it possible to propose a new experience of a place as a form of sensory amplification.

Abraham Mole, cyberneticist, theoretician of micro-psychology and pioneer of the reflection on the relation between the art, the computer and aesthetics described the artist as an “engineer of emotions” (Moles, 1971, 1972, 104). Inspired by the experiments of artists such as Victor Vasarely and Nicolas Schöffer, Moles suggests that “the artist no longer makes works, he makes ideas for making works made by computers” (Moles 1972, 142). He has also been at the root of a certain conception of the arts of space: “The arts of space are first and foremost those which construct our sensual perception of the space which is offered as a sum of experiences”. According to Mole, the arts of space are spaces to be put into practice, through architectural spaces, but also to be embodied via the “total spectacle”. (Mole 1972; 142).

This conception of the relationship between space and experience resonates with many notions associated with the spatialization of media. The artistic references of Abraham Moles enabled Frank Popper to gradually develop the theoretical background for the emerging field of virtual arts, arising from an analysis of artistic productions of kinetic art works.  They served as a reference to the historian Frank Popper in forging the term of virtual art. The historian’s work has encompassed the history of artistic environments. The concept is contiguous with the advent of new forms and notions associated with the production of immersive experiences. This constitutes the theoretical framework of the research project Mapping_me. First, let us mention the notion of soundscape as theorized by Murray Schafer (1993) in relation to the concept of environmental storytelling (Jenkins, 2004, Ryan 2016). Each new location is a “memory map” that plays an active role in the narration formatting process (Ryan, 2017; 115). Each new location is a “memory map” that plays an active role in the narration formatting process (Ryan, 2017; 115). Captured spaces are, in their own way, a form of “virtual heritage” (Stone and Als, 2000). When the atmosphere of a place is “re-situated” and it contains capsuled moments and specific urban noises, the recordings are also forms of intangible legacies (Champion, 2016). The project is not the reproduction of a place but the establishment of a process of sampling spaces, photographs and ambiances; a transposition which operates outside of registers of representation (Schwab, 2018). On the map, the User accesses the atmosphere through “tags” that mark virtually a real territory (McCullough, 2013). How can one transpose the ambiance of a particular point in space? Does a virtual environment conserve the trace of a space in the form of an autonomous audio and visual object that responds to its own phenomenological reality? How does the physicality of the interface enrich the experience of an intangible world? More generally, can the depiction (mise-en-scène) of a digital archive of real space constitute a new form of knowledge?

A prototype was produced and presented as part of an artist talk at the Annual Congress of ACFAS in 2018 (L’Association francophone pour le savoir). The ACFAS annual conference is the largest multidisciplinary, interuniversity and intersectoral science event in the French-speaking world providing a platform par excellence for a public demonstration and the dissemination of research results, debates and exchanges. The User’s experience of the project is structured as follows: viewed through a VR headset, a map is displayed on the floor of the virtual space. A rotating chair with embedded electronics (VR controllers, trackpad, etc.) is employed as a new tangible and intuitive interface, coupled with the navigation system of the headset, offering the trajectories for the exploration of the virtual space by pivoting on itself. A video projection, placed at the height of the ground, offers a visualization to external viewers of the behavior of the User. It reproduces how the User orients the axes of navigation. While navigating the space, the User accesses a network of domes arranged on various points of the map. Inside each dome, it is possible to access a wide variety of geolocated media. The User can visualize constellations of photographs, 360 ° hemispherical images, video panoramas. In the same virtual place, a soundscape is built gradually by gradually mixing a series of samples collected at the real site itself. The User can then advance or continue to explore various capture points. By following a phenomenological approach, it is possible to perceive details, discern sounds from the ambient to the infraperceptible. The list is infinite. Each chosen coordinate becomes a place of creation and assembly of archives.

The content of the live demonstration will consist of material directly from the site of ISEA. Collected throughout our presence and/or on the same day of the event, this process constitutes a site-specific intervention that consists of ambient samplings of audio-visual sequences. The software is a staging space for audio and visual archives. We will therefore, as part of the presentation, present n collection in situ, of elements captured on the site of the event including hemispheric and 3D audio recordings which will therefore be available in the environment. Users will be able to revisit and explore specific points of the environment in spatialized domes. These spheres of diverse atmospheres aim to propose a renewed experience of the familiar, of the experiential notion of place. Beyond the functionality and its use, they aim to place the Users in the present time in a posture of conscious observation of spaces. The ease of integrating content into the software will create a bank of spaces inspired by the context of the festival. 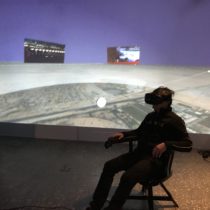 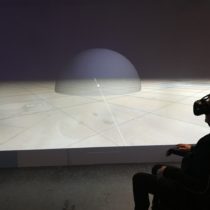 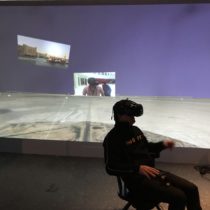